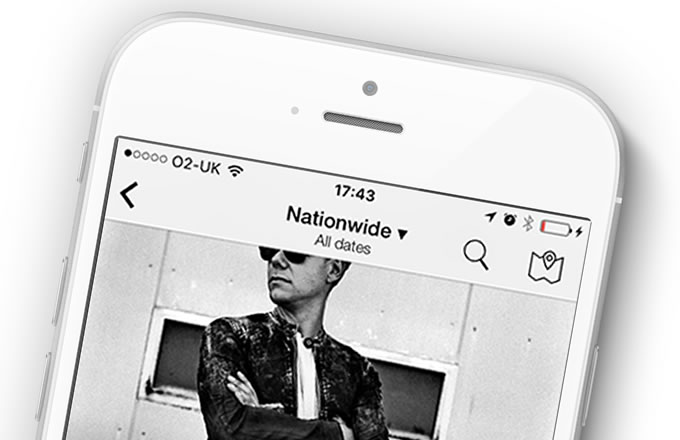 Finding and buying tickets is set to be even easier for gig-goers thanks to a new, fully integrated mobile application that’s so clever it can even get revelers to an event in time.

Skiddle’s new event application, Weekends Matter, is said to allow users to discover more events than any other platform, much more readily than ever before.

Its integration with on-demand taxi app Uber also helps users get to the venue quickly, in just a couple of clicks.     As the UK’s biggest what’s on guide, Skiddle’s database of things to do includes more than 100,000 events at any given time, from gigs and clubnights to comedy and food festivals.

The app, like the website, covers the entire nation and not just individual cities or music genres, making it stand out compared to offerings from rivals such as Dice, says the company.

The app comes equipped with offers including no booking fees, and tickets are delivered direct to the user’s phone instantaneously. Using location services, the app also provides personalised event recommendations, which alert users of club nights, gigs, comedy festivals and more nearby.

Another feature of the app allows users to listen to music clips, direct from Spotify, from a library of thousands of artists, making it easier to decide on which event they’ll go to next or discover new talent. The app also allows users to track their favourite artists and bands and receive alerts when new events are announced so that a gig is never missed.

Ben Sebborn, technical director at Skiddle, said: “We developed the app in response to consumer demands, as mobile is now overtaking desktop and the majority of people now own smartphones.

“When popular events are announced it’s much easier for customers to be able to buy tickets quickly, while they’re on the move.     We wanted to create an app that benefitted everyone, not just something only people in Manchester or London could utilise or something that was focused only on dance music.

“The development of the app now means that thousands of event tickets are available to revelers at the click of a button and users can update their settings so that they are alerted when their favourite band comes on sale or when an event is happening nearby. Skiddle is so keen to get gig-goers to their favourite events in time that we have partnered with Uber, which is integrated into the app, and the first ride is even free.”

In May 2015, Skiddle was named the UK's busiest ticketing website by independent analytics website, Alexa, and attributes much of its growth to applying new technologies to its offerings, to ease the ticketing process.     The Skiddle app is now free to download and available on Apple devices with an Android version planned for early 2016.

For more information visit http://www.skiddle.com/ and to download the app visit the app store: http://apple.co/1OfBi4y.