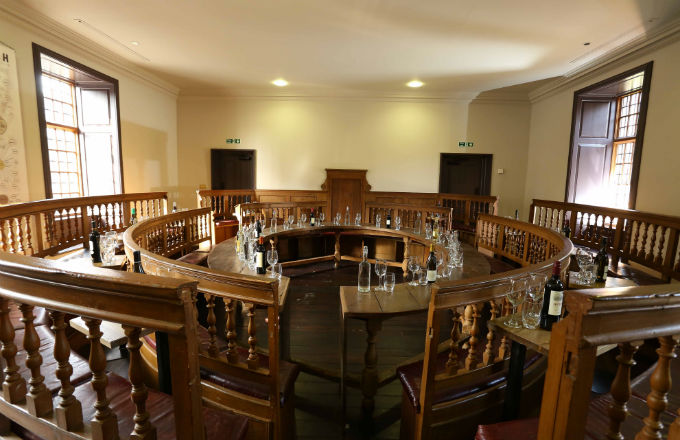 A former medieval friary in the heart of Newcastle upon Tyne has opened a series of new event spaces for corporate and private events within its 13th century buildings.

The friary was originally the home of the Dominican Friars who settled in Newcastle in 1239. They wore white tunics and black cloaks, which gives rise to their name ‘Black Friars’. Now, several areas originally used by the friars have been treated to a 21st century facelift and have been equipped with new facilities to increase their suitability as corporate and private events spaces, whilst retaining their historic character and authenticity.

The team has re-instated the Parlour Bar next to the restaurant, which was originally the heated waiting room for visitors to Blackfriars. Now, it stands out as historic setting for up to 40 guests as the oldest bar in Newcastle and can be hired for networking events, corporate and private functions, or simply as a space for guests to enjoy a drink before a meal or relax with coffee afterwards.

The rooms above the restaurant, formerly the libraries for the Dominican Friars, now form a larger Cookery School for up to 14 guests, which is an ideal setting for corporate teambuilding exercises such as Ready, Steady Cook, bread making, pizza making, and much more.

Above the restaurant there is a Tasting Room, featuring antique 19th century seating, which was once used by the Tanners Guild and now caters for range of corporate and private events for up to 36 guests, including wine, whisky and beer tasting.

Companies can also hire the Dormitory Rooms, once used as sleeping quarters for the friars, as a meeting room for up to 30 people theatre-style as well as break-out room.

Blackfriars’ Banquet Hall, which hosts more than 300 events per year including weddings, themed events, medieval banquets, corporate events and private parties, now features new toilets, including disabled facilities, as a very modern addition to the authentic medieval dining space. This area of the building seats up to 50 guests and has seen its fair share of royalty, including King Edward III who met Edward Balliol, the claimant to the Scottish throne, inside the hall in 1334.

Blackfriars Restaurant, which was the original refectory for the friars, has also undergone extensive refurbishment. This historic dining space has become one of the leading restaurants in the region under Andy Hook’s leadership, winning the title of ‘Taste of England’ in the North East England Tourism Awards.

Andy Hook said: “We’ve been planning to expand Blackfriars for many years now, so it’s very exciting to see our vision for these wonderful buildings come to fruition.

“It’s been a very rewarding process to give the lesser-known parts of this historic site a new lease of life, and open up these new areas to private and corporate events. The rooms are hidden gems, several of which have been lying dormant for centuries, and we’re delighted to be the ones to fill them with visitors again.”