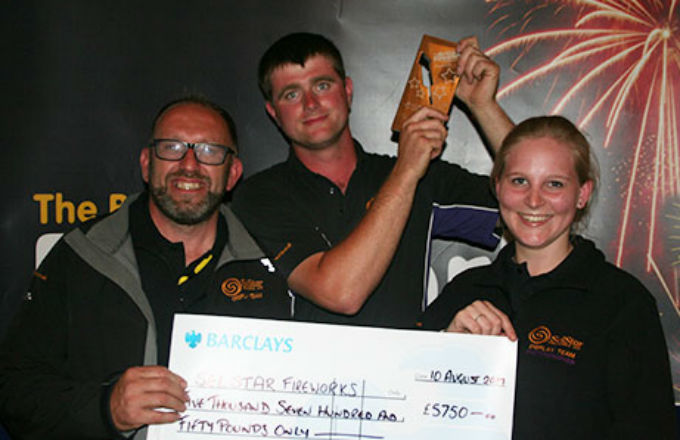 Runner up this year is Nemisis Pyrotechnics, Cheshire and in third place is Smart Pyrotechnics, Wiltshire. The six professional fireworks companies that competed this year were:

Tens of thousands of spectators gathered on and around Plymouth Hoe on Wednesday 9 and Thursday 10 August to see over four tonnes of fireworks set off into the night sky in six spectacular displays.

Hosted by Plymouth City Council and The Event Services Association (TESA), the championships are one of the biggest annual displays put on by professional firework companies in the UK.