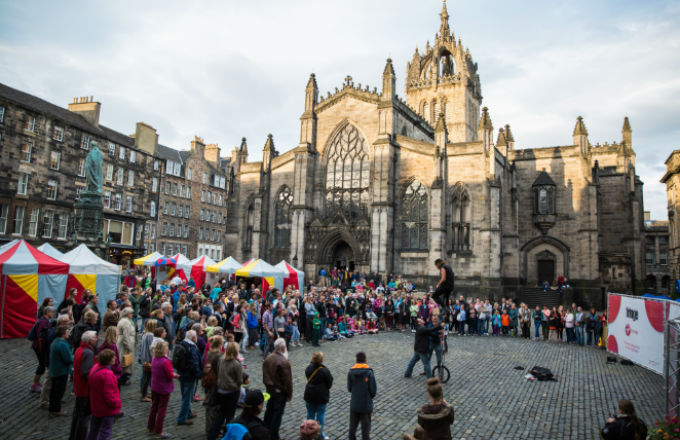 Equipment supplier Hawthorn is supporting The Edinburgh Festival Fringe for the 27th time, working with new client, Assembly Festival – one of the Fringe’s largest venues – as well as continuing its collaboration with Paradise Green and New Town Theatre.

The largest arts festival in the world, Edinburgh Festival Fringe 2016 features over 3,000 shows across more than 300 venues over the course of 3 weeks. Running from 5-29 August, Hawthorn iwill this year provide equipment to Assembly Festival, Paradise Green and New Town Theatre. It's also supplying equipment to a number of productions across the festival, including The Lady Boys of Bangkok, which it supported on its current UK tour and will be located in Edinburgh for the duration of the Fringe.

It's providing sound, lighting, video, rigging, staging and a range of other technical equipment, including recent investments, AVO Art 2020 dimmer racks, ETC Color Source and ION consoles, ETC Color Source Spots, Martin MAC Viper and Aura XB, purchased specifically to satisfy the demands of this internationally recognised event. It's also doing something a little different and installing a cinema with 5.1 surround sound into one of the spaces.

"Our Hire team has decades of experience in working with large venues and it’s a privilege to call upon this resource as we’re invited to work with the teams at New Town Theatre and Paradise Green once again after collaborating with them both over recent years. Assembly Festival is a new partner for this years’ Festival; it is the events longest-running multi-venue operator and this year hosts acts such as Al Murray and Russell Howard among the many performances taking place across its 17 theatre spaces and 8 destination bars," says the company.

Assembly Festival’s Technical Manager, Peter McCabe, added: “There is always a risk in changing your technical supplier for such a large intensive build; however, having been to see their head office in Old Dalby and being surprised at its scale and operational procedures, I am confident that we have made the right decision to contract Hawthorn as one of our technical partners.”

David Slater, Hawthorn’s Head of Hire, said, “Our Fringe participation has grown massively this year – after nearly three decades working with this iconic festival it’s still as exciting as ever to be asked to supply key venues with the equipment and service they need to put on a programme of excellent shows.

“Edinburgh Festival Fringe 2016 is a key event for the industry and there is a fantastic atmosphere in the city as established and emerging talent deliver a diverse range of events.”